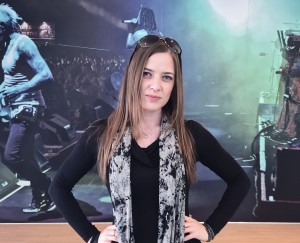 Sammy Andrews has a long history at the forefront of the digital landscape. Having gained a 360 degree view of the music industry through her background as a concert promoter, artist manager and independent record label founder, Andrews took on a position as Head of Digital at the record division of 19 Entertainment in 2005, though her remit there expanded beyond music to cover brands including the Beckhams, the England football team and Honda.

A long standing outspoken advocate of the value the digital revolution can bring to bands, brands and organisations she’s proven on many occasions that data is key to understanding and effectively marketing to your audience in this brave new world.

Andrews has also spearheaded the Independent Label Playlist Brand initiative after calling on all independent labels globally to unite in an effort to rival the majors.

From 2013-2016 Sammy headed up the Cooking Vinyl Group’s digital department looking after campaigns including Billy Bragg, The Prodigy, Marilyn Manson, The Subways, Carl Barat, Royksopp and many more as well as driving the company’s overall digital strategy.

She has traveled the word speaking at world renowned events about the future of the music industry including SXSW, Midem, Web Summit, AIM Music Connected, Great Escape, Way Out West and many more.